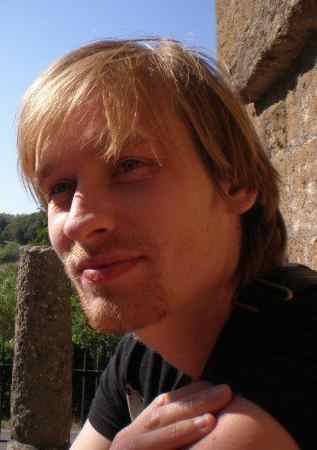 Nicolai Worsaae, born 1980, has studied composition at the Royal Danish Academy of Music from 2002-2007, with professor Bent Sørensen and Hans Abrahamsen. His works are mainly for smaller instrumental chamberensembles, often connected with a vocalpart. Pieces like his quintet Image obscure, the trio Quaint and his stringquartet Brillance are all exambles of pieces that combines the vocal and lyric element with the instrumental. Recently he has changed his compositional focus away from the lyric and detailed music in favour for a more agressive and insisting type of music like in his piece Brutalized Beauty from 2007-08 and his newly written orchestrapiece Zugendlos.
His music has been performed by a number of different ensembles and musicians at festivals around the nordic countries. He is also one of the founders of the ensemble and concertproductiongroup Dygong that deals with alternative and experimental ways of how to produce a concert. He is expected to have his debutconcert from the soloistclass at The Royal Danish Academy of Music in the autumn 2009.